During more than two decades, Young Living has become not only a remarkable success story but also a great love story. Built from the ground up by husband and wife team D. Gary and Mary Young, Young Living is now a global phenomenon—largely a result of their tireless work ethic, uniquely complementary chemistry, and shared passion for their life’s work of sharing pure essential oils with the world.

Gary and Mary have a lot of love for their company and its members, and their love for each other is also clear. Mary recently sat down with us to share a Valentine’s Day glimpse into the Young’s sweet story:

How did you two first meet?

“Gary and I met in October of 1993 at an expo at the Salt Palace in Salt Lake City, Utah. I met this handsome young man who invited me to a meeting that I couldn’t attend. You had better believe, though, that I was sure to have him tell me the next time he was holding a meeting in Salt Lake City that I could attend. That Young Living meeting came a month later. Shortly after that, I had lunch with him at the Salt Lake City Hilton, and he offered me a job. I said no, but told him that I would help him.”

What were your first months of working together like?

“In November 1994 Gary moved Young Living to Riverton, Utah. I helped in the office while he traveled, gave meetings, and developed the farm in St. Maries.

“We built Young Living with no outside capital, no borrowed money, and did most of the work ourselves. We renovated an old, dilapidated 8,000-square foot building in Riverton. Gary built the walls, and we textured and painted everything we could. 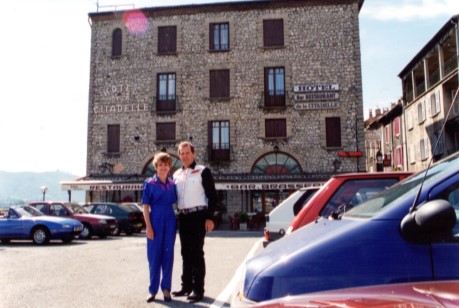 “On our first day taking orders, we made about $1,800, which was not enough to pay the bills. Feeling a little discouraged, we sprinkled Abundance™ essential oil blend on the computer keyboard; and then the phones really started ringing!”

Can you describe your first date?

“Did we date? Not really. Our lives were entwined in giving Young Living a great start and keeping things going. Everything evolved around Young Living.

“Even though we didn’t really date, I have such fond and funny memories of those early days, such as the time he built the first distillery in St. Maries with PVC pipe. When steam ran through those pipes, they collapsed; and we had to rebuild with steel pipes! Frustrating as that was at the time, it’s funny now and was all part of the experience that has brought us to where we are today.”

“On September 2, 1994, we were married. On September 3, we flew to an essential oil conference in Grasse, France. That was our honeymoon. 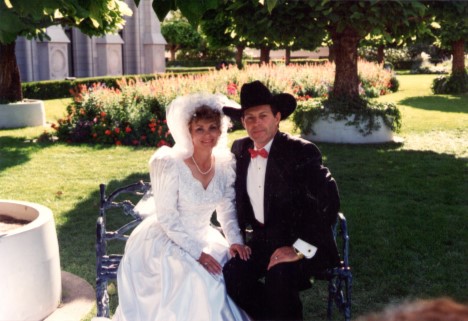 “Our wedding was a race, just like our lives today. We were late for the wedding and late for the reception, which was held in the former Hotel Utah. The room was big, ornate, and beautiful; and the line went all the way out through the front door. My opera friends and I performed, and my mother had a big carrot cake made for us. There were so many people whose names I couldn’t remember, and it was hilarious trying to introduce people as they came through. We finished at about 2 a.m., made it home by 3 a.m., and left for the airport at 5 a.m. for a flight that left at 7 a.m.

“When we arrived in Paris, we rented a car and tried taking shifts driving in hopes of being able to stay awake long enough to make it to Grasse. We were so tired that we finally pulled into a rest area on the freeway and slept for a couple of hours. Eventually, we made it to the conference, and I’m glad we did. It was fascinating and worthwhile.”

How long have you been married? 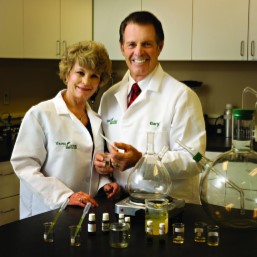 What’s your secret for being married so long?

“What’s our secret? We have shared priorities. We want to help people. We want people to know truth and for that truth to better their lives. Wellness is in God’s medicine, not the chemicals of the laboratory; and we’ve worked hard to make and share discoveries that help people discover true wellness. We love doing meetings together. We both care about health and eating properly. We love the challenge of doing it all ourselves and with others who are like-minded. Most of all, we love truth and are deeply grounded in our love of and belief in God. It has often been said about us that Gary is the visionary and I am the realist. It’s a great dynamic that always seems to work out.”

What are your favorite qualities of Gary’s?

“Gary is a man of honesty and integrity who can work circles around men 20 years younger. He loves the physical work of the farm because he can see what he has accomplished at the end of the day. He is wise, insightful, and always looks for the solution. Nothing seems to stop his determination. When he has a vision, he sees it in its full reality; and that drives him to complete it.

“Neither of us like to stop until the job is done. Working together has always been easy. We think alike—most of the time—and our goals are the same. Our strengths and thought processes really complement each other.” 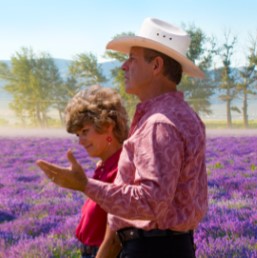 What’s the trick to working closely with your spouse? How do you carve out “us” time with such busy schedules?

“Our life revolves around Young Living; and since our two boys were born, their lives are part of what we do. The only time work gets set aside is when we go backpacking in the mountains. There is no communication with the outside world. It’s all about fishing, hiking, basking in the hot water falls, the campfire, and sometimes the bear who tries to steal our food.”

Thanks, Mary, for sharing a look into the great love story behind Young Living’s success!

News
One comment to “Gary and Mary Young: A Love Story”